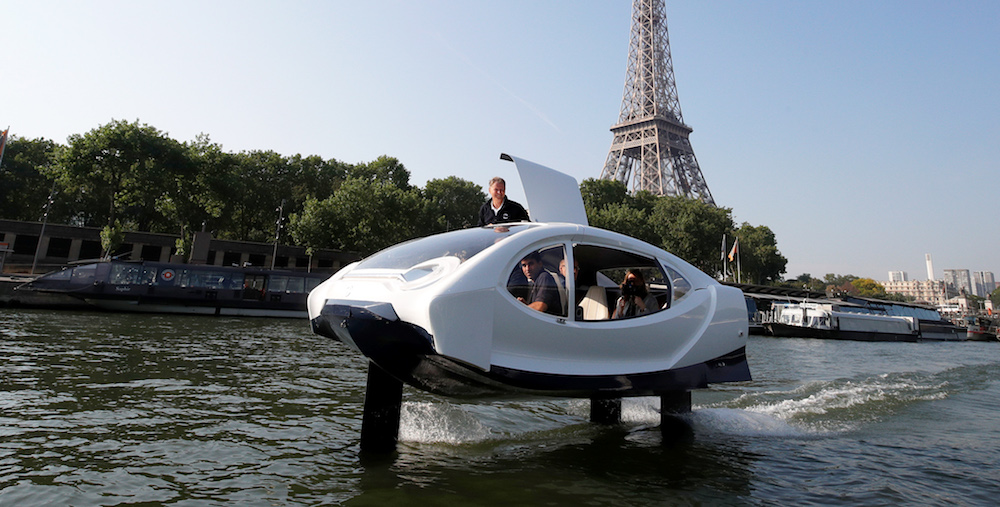 A start-up named The Seabubbles has created a solution for contributing less pollution in the city of Paris. The creation is called “The Bubble,” which is a flying taxi powered by electricity. Media around the country have been discussing this new transportation solution, which takes 35 minutes to charge and has a 2-hour battery life.

So how does this “flying taxi” work? The Bubble lifts out of the water on wings and makes no noise and no waves. It does not emit CO2, which wins the approval of French transport officials looking to endow the capital with new clean transport options in the run-up to the 2024 Olympic Games in Paris. The white aerodynamic craft skims over the River Seine at speeds of up to 17 mph, hovering 1½feet above the water.

The first prototype, for four passengers, was first tested on the Seine in June 2017, with Mayor Anne Hidalgo taking a spin. The taxi looks like a nautical version of the DeLorean car in the 80s sci-fi film “Back to The Future.” All the signals seem to be turning green for the start of commercial operations.

According to a press release from the Paris mayor’s office, the service could launch as early as spring 2020. The question on everyone’s mind now is how well will it work, and will it come to the US?